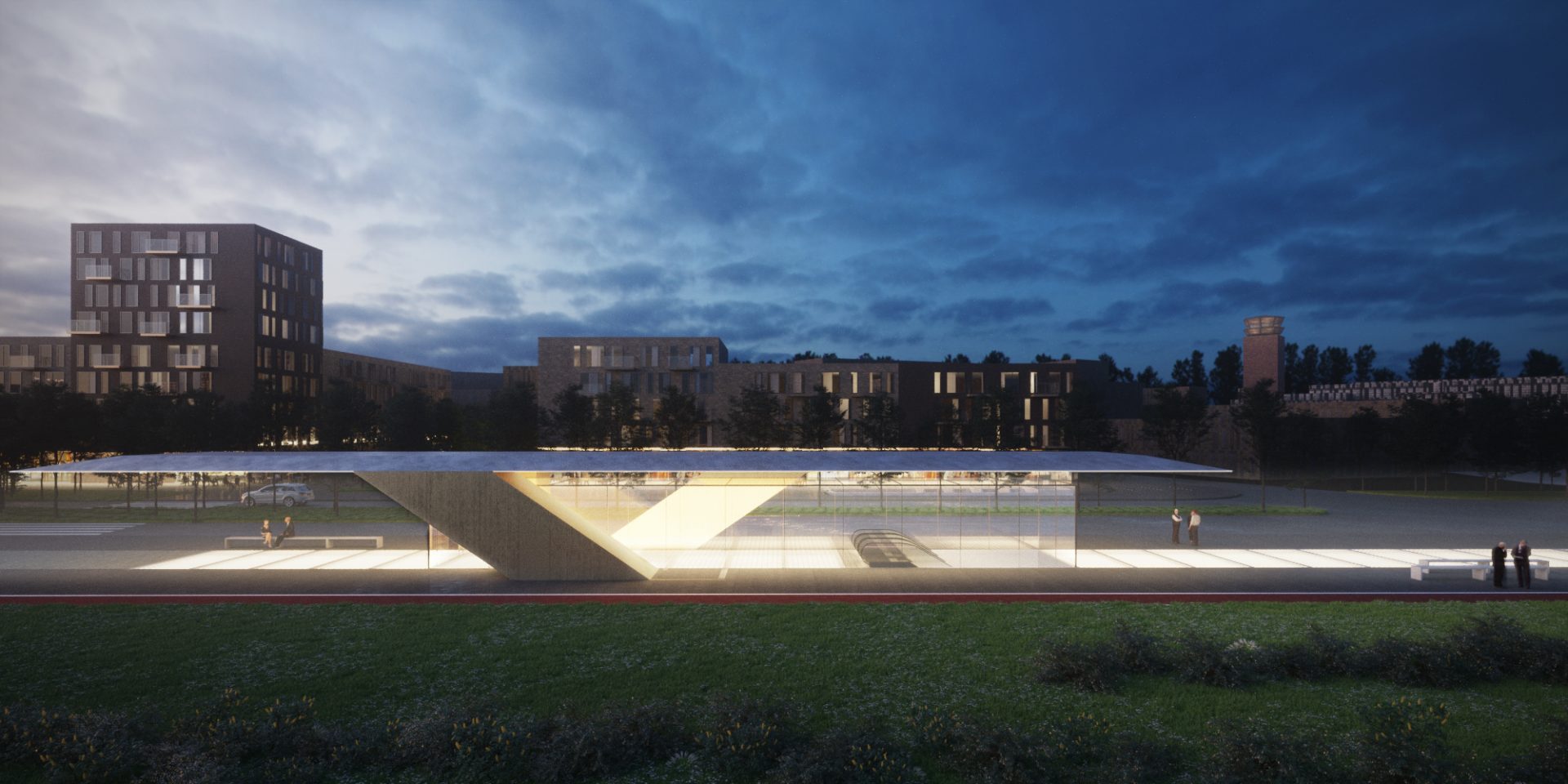 The competition called for proposals for six new metro stations along the new metro line “Fornebubanen” that connects an emerging area with Oslo city centre.

Volare is situated near the air traffic control tower at the former Fornebu Oslo airport. The station will serve headquarters of big companies such as Telenor and

Equinor, as well as future inhabitants of the area.